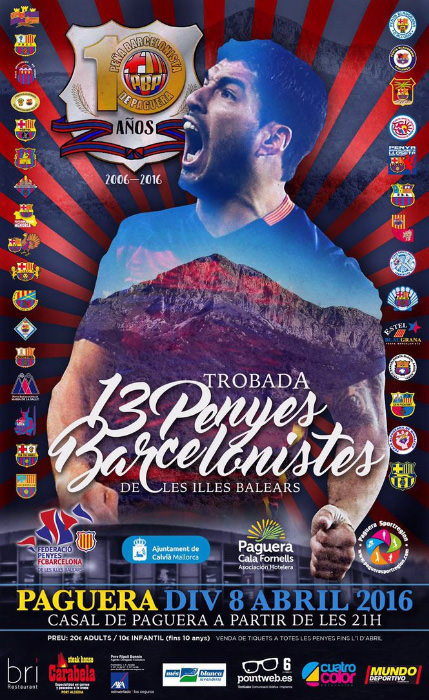 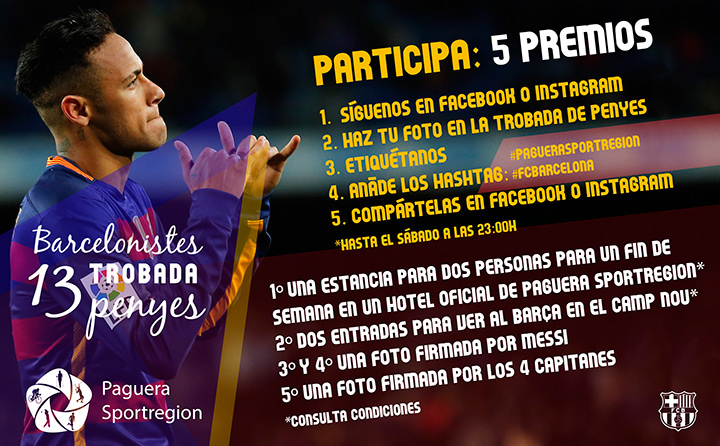 In Paguera we can show off the fact that we have one of the most active Barcelona Supporters Clubs (Penya) in the area, the Penya Barcelonista of Paguera, which in this 2016 celebrates 10 years since its foundation, and wishes to surprise us again with the 13th Encounter or Barça Supporters Clubs, which will be celebrated on the upcoming 8th of April and will last until the 9th of such.

Football Club Barcelona is one of the main sporting entities in Spain, and was founded in 1899. It´s high impact throughout all of the county was such that the first supporters clubs didn´t take long to appear all over Spain and even worldwide (1537 in 2013), and from there different celebrations took place to get to know eachother and exchange the passion felt for the Club.

When it comes to the Balearics, we have 30 different supporters clubs, or “Penyes” spread across the different towns of each island, and all of them have a wide history on their shoulders.

This website uses cookies to improve your experience. We'll assume you're ok with this, but you can opt-out if you wish.Accept Read More
Nach oben scrollen